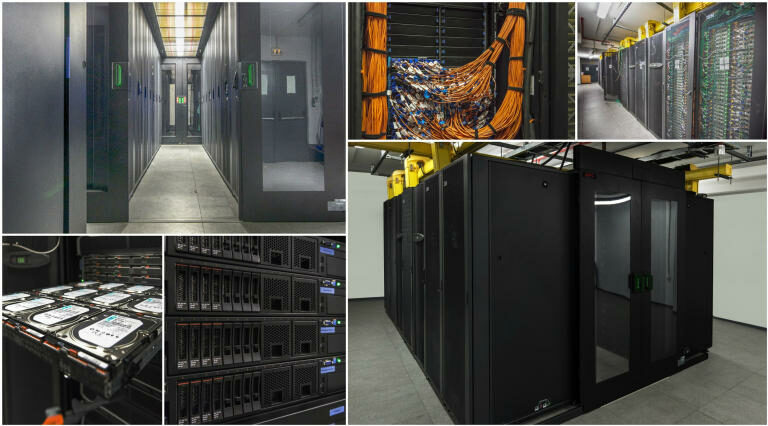 HPC is relatively new in Greece. In 2015, the ARIS HPC system, the Greek supercomputer, was deployed and operated by GRNET S.A. in Athens. ARIS consists of 532 computational nodes separated in five “islands”. It is a PRACE Τier-1 system offering a 535 Tflops computing system, 2 PB of parallel file storage. ARIS empowers the Greek Scientific Community by meeting the needs of Greek users in multiple scientific fields. GRNET additionally offers respective application support and training services. Computational Chemistry, Physics, Biology, Biomedicine, Earth Sciences, Computational Engineering, Materials Science are some indicative scientific fields that today rely on the use of modern HPC infrastructures. In order to allow full and equal access to the ARIS national high performance computing system, GRNET provides a mechanism, very similar to the PRACE one, by inviting scientists and researchers working in Greek educational and/or research institutes to submit a project proposal – which should relate to open research, for the access and exploitation of ARIS.

In addition, Greece is strongly involved in pan–European High-Performance Computing (HPC). GRNET is a core member of PRACE project being active in all implementation phases, supporting dissemination activities, providing training as a regional PRACE Training Center, contributing to the operation and coordination of the Common PRACE operational services, as well as to the prototyping of new services. Regular training courses take place in the fields of efficient use of systems, parallel and accelerator programming, and discipline specific methods, involving Machine Learning.  The usage of HPC services and infrastructures is performed almost entirely by the academic sector, as it is shown in the figures below. There are practically no industrial or governmental users. The usage of the ARIS Supercomputer is high, and there are always jobs in the queue.

Additionally, Greece, represented by  GRNET, participates in the European  Leonardo consortium for the operation of one of the three pre-exascale level supercomputer systems in Europe, providing to the research and innovation communities significant resources to assist in the development of new outcomes.

What is a SuperComputer

“Supercomputers” are computer systems used in scientific applications that require the execution of several millions of mathematical operations or the processing of large volumes of data. Due to these requirements such problems would either take a prohibitive amount of time to complete on a simple desktop computer or due to limited resources (eg cache, storage space) they could not be performed at all. Supercomputers overcome these limitations by using specialized state-of-the-art hardware at all times, while taking advantage of the computing power of multiple computing units. A supercomputer today is actually a system of hundreds or even thousands of computers (commonly referred to as “nodes”) that communicate with each other using a very fast network and which together can solve problems at high speed.

﻿A supercomputer is a powerful research tool. Today, supercomputers are used to solve some of the most important problems of mankind, such as the origin of the universe, the discovery of new drugs, research on climate change and much more. For example, in Greece GRNET has developed and operates the ARIS supercomputer system which is utilized in a very wide range of applications such as biochemistry, chemistry, physics, climatology, meteorology and mechanics.

The HPC – ARIS (Advanced Research Information System) supercomputer is the most powerful computer system for scientific purposes in Greece. The supply and installation of the system was implemented by GRNET in the framework of the project “PRACE-GR – Development of National Supercomputer Infrastructure and Related Services in the Greek Research and Academic Community”, which was co-financed by the Business Program “Attiki”, Axos 03 Enhancing the Competitiveness of Innovation and Digital Convergence “and the European Regional Development Fund (ERDF). It started its operation in July 2015 by GRNET SA, offering a powerful research tool to the Greek scientific community which is utilized to the maximum extent by practically all research bodies and research objects.

The ARIS system today has a maximum theoretical computing power of 535 TFlops (535 trillion mathematical operations per second) and offers a host of computing capabilities. The ARIS infrastructure consists of a total of five computing node islands, based on the Intel x86 architecture, interconnected in a single high-performance Infiniband FDR14 network.

You can see below the software environment supported by the Greek Supercomputer ARIS, presented by scientific domain.